Faith in the Midst of Sudden Tragedy

This article was originally published on Jan 27, 2004 in the Northern Light Campus Newspaper at North Central University in Minneapolis, MN. The photo of Deb & Joe speaking at at a benefit concert in Minneapolis on Jan 24 was taken by April Wooster.
Reprinted with permission

New Year’s Day will never be the same for the Mayer family. Joe and Debbie Mayer lost their three daughters nearly four weeks ago in a collision near Willmar, Minn. as the girls were on their way to meet their soon-to-be sister-in-law for a party two days before her wedding. The Mayer girls, Krista, 19, Nikki, 17, and Jessica, 12, planned to meet their brother Joey’s fiancée, Bree O’Connor, and her other bridesmaids at the Green Mill in Willmar for a dinner-and-movie bachelorette party. Joey and Bree met while attending North Central University in Minneapolis.

The girls were running late and called Bree from a cell phone at 6 p.m. to tell her they were on their way. About a half hour later, the crash occurred as the sisters headed westbound on Highway 12 about one mile west of Willmar. Another driver at the scene thought they were attempting to pass on the two-lane highway when the accident happened. But before the sisters could get their silver Dodge Lancer back onto the right side of the road, they hit a Plymouth Voyager coming from the opposite direction. The car the girls were in had no airbags, and only the driver, Nikki, was wearing a seat belt. Nikki and Jessica died at the scene, and Krista died at Rice Memorial Hospital in Willmar. The driver of the minivan, age 15, was driving on her learner’s permit. She suffered a broken ankle, while the other two passengers were not seriously hurt.

Nearly three weeks after the accident, Joe, Debbie, Joey and Bree Mayer sat down in the parents’ living room in New Brighton, Minn. on a Saturday afternoon to share the story of how their faith has carried them through the difficult events since the beginning of the year.

Family learns of the crash

After nearly two hours of waiting at the Green Mill, Bree called Joe and Debbie on her cell phone to tell them she had not heard from the girls. She made two more calls, one to the highway patrol and one to the hospital. She was told there had been an accident and that three girls had been admitted to the hospital. A trooper was being sent to talk with her. Bree called Joe and Debbie back to tell them there had been an accident. But she did not know what to expect. When the trooper arrived, Bree asked if the girls were OK. “No, they’re dead, all three of them,” he said. She waited about 20 minutes before she was ready to call Joey, who was on his way to Willmar with his best man. “I could understand what she was saying, but I wanted to pretend that it only sounded like [the girls were dead] because she was so hysterical,” Joey said. “I finally realized what she was saying, and by the grace of God I was not driving.”

Back at the Mayer house, before receiving a phone call about the accident, Debbie said she knew something was wrong when she got a weird feeling in her stomach around 6:30 p.m. when the crash occurred. After receiving the second call from Bree, Joe decided to call Rice Memorial Hospital in Willmar. When Joe called, he was immediately transferred to the medical examiner. Debbie remembers screaming when she overheard from the phone conversation the words “medical examiner.” The medical examiner told him over the phone that all three girls had died. This came minutes before Debbie’s brother and family arrived followed by a police chaplain, who came to break the news to the family. After the chaplain left, close friends and family began to gather at the Mayer house to comfort the grieving parents.

Because the girls died two days before the wedding, there was talk of canceling it. But the Mayer family was determined to continue with the wedding. Joe said that his daughters would have wanted the wedding to go on.

On Friday Jan. 2, the day after the crash, the Mayers were asked to speak to the press at Willmar Assembly of God Church, where the wedding was scheduled for the next day. Anticipating only a few reporters, the family was shocked when 20 media members arrived at the church with five news crews. They had no idea that news of the accident and wedding had spread throughout the nation. The media also covered the wedding, although reporters and camera crews were not allowed inside the church. Instead, the Mayers selected a handful of family and friends to meet with the media on their behalf at an off-site location after the wedding.

Two weddings and a funeral

Three days after the wedding on Tuesday, Jan. 6, a visitation was held at Redeeming Love Church, an Assembly of God church in Maplewood, Minn. More than 2,000 people attended the visitation, and roughly 1,500 people attended the funeral the next day. The Mayers gave local news stations permission to broadcast from one stationary video camera inside the church during the funeral. Photographers inside were allowed to take pictures if they could do so inconspicuously.

Debbie, Joey and Bree sang songs at the funeral, which included “I Hear Angels,” “I Can Only Imagine,” “If You Could See Me Now” and “Softly and Tenderly.” “I got a little scared that I wouldn’t be able to [sing] because of my emotions,” Debbie said. “But [the urge to sing] was so strong that I thought, ‘God is going to let me do this.’” The theme of the service was taken from an excerpt in Krista’s journal that cited Philippians 1:21: “For to me, to live is Christ and to die is gain.” The Mayers gave Redeeming Love Pastor Mike Smith permission to have an altar call giving people at the funeral a chance to come forward as a sign of their decision to give their lives to Jesus Christ. During the altar call for youth at the funeral service, 150 to 200 kids went forward. Since the front of the sanctuary was full, adults wanting to respond in a similar manner were asked to stand in their place. About 20 adults stood to accept Christ as their savior. Among those responding were Debbie’s dad and other family members.

Looking back on the funeral, Joe compared the spiritual preparation of the funeral to a Billy Graham crusade. “There was so much concentration of prayer on [the funeral] by people all over the nation that had heard the story,” Joe said. Debbie described the event as “a mixture of awe and a holy moment” during which “part of heaven came to Earth.” She said that it was more than just the girls’ funeral. “It was their funeral, but it was also their wedding,” she said. “It was the day they met their bridegroom [Jesus].” After the funeral, the girls were taken to Hillside Cemetery in Northeast Minneapolis, where they were buried in their satin bridesmaids’ gowns.

Beyond those affected at the funeral, the impact of the girls’ deaths has also brought more kids to Christ in local youth groups. The Mayers have also received many encouraging letters from parents who have lost children in car accidents. “I saw such a picture of our heavenly father in processing the events of everything after the funeral,” Debbie said. “There’s such a hope, not just that we’re going to see them again, but that God is displaying who he is through this.”

Among their most recent memories of their daughters, Debbie and Joe remember their last family vacation with the girls in Florida last October along with the family’s last Christmas together, which was a week before the girls died. “You could just feel such a love between [the girls], and they were such good friends,” Debbie said. Joe shared similar feelings. “They weren’t perfect,” he said, “but the majority of the time they were always considering others before themselves.”

Krista was an artist and had planned to attend art school later this year. She played high school basketball. Krista also sang and played bass alongside her brother in a local band, Pressing On. Nikki was a high school senior, a National Honor Society student and a choir member. She worked at ACR Homes, where she helped women with special needs. In her free time, Nikki was a strong supporter of local music and alternative Christian music, as she regularly attended concerts. Jessica was a seventh-grader who was on the honor roll and spent much of her time playing soccer and basketball. She also shared the Mayer family love for music as a clarinet player and a singer.

The Mayers described Krista as a joy to be around, compassionate, funny and loving. “She made people feel so comfortable around her,” Bree said. She was closest to Krista out of the girls. Nikki is remembered for her kindness, strong faith and fun personality. “Her values were always the things that are important–people, relationships and the Lord,” Joe said. Jessica was known for her sweetness, purity and helping attitude. Her brother described her as an angel as he began to cry. “I didn’t hear her yell at people,” Joey said. “I didn’t see her get upset. I didn’t see her disobey.”

Bree has thought about what might have happened if the girls had left earlier on day of the crash, ridden with their brother, or if their car had airbags. But she and the rest of the family seem to agree that the girls’ deaths were God’s plan. “This was God’s timing,” Bree said. “He knew from the beginning that this was going to come.” Joe said it would have been too traumatic for any one of the girls to survive without all of her sisters. “If they could have handled it, they would have,” Debbie said. “But it wouldn’t have gotten half the attention if they had survived.”

Even though Debbie believes the deaths were God’s plan and is comforted by the thought of them in heaven, she is still mourning their loss. “Just because we’re Christians doesn’t mean we don’t grieve, but we have hope,” she said. In the midst of grieving, Debbie still struggles to understand how God can bring good out of suffering. “It still baffles me how pain and sorrow can be accompanied by joy and peace,” she said. Joe said that the only thing worse than sorrow would be sorrow without hope. “To think that there’s no purpose, that [the girls’ deaths] was a complete loss–I don’t really know how I could deal with that without becoming enraged,” Joe said.

Debbie also believes her faith will be the key to getting through life without her daughters. She said that without God the family “would have no hope.” “I’d probably be in a mental hospital,” Debbie said. “I don’t know how I would do life [without faith in God]. Life is full of disappointment and heartache.” Whenever her emotions become too much for her, Debbie thinks of her girls. “I can just hear them cheering me on every time I start to fall apart,” Debbie said as tears filled her eyes.

Joe is also comforted by his belief that the girls are in heaven. “I personally have a picture of seeing the girls dressed in their robes of white, smiling and being free,” Joe said. “For me to be close to my girls, I need to be close to God. If I alienate myself from God, I would be alienating myself from my girls.”

Remember you are eternally loved! 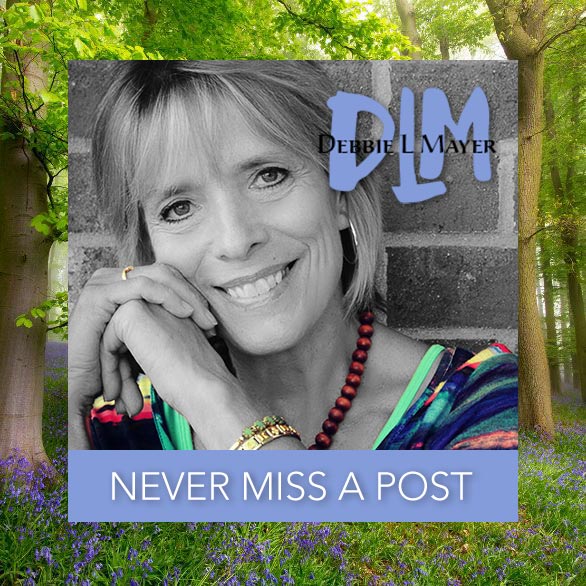